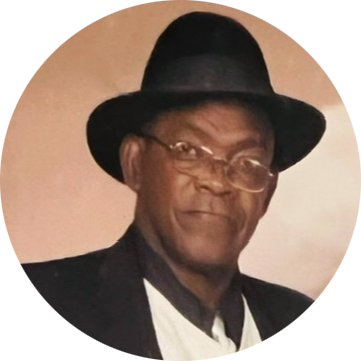 Mr. Willie Fred Jackson was born to the late Lonnie and Laura Mae Jackson, on April 13, 1951, in Graves, Georgia. He was a member of Rose Hill Missionary Baptist Church, where he served as an usher and was later ordained as a deacon and faithfully served until his health declined.

Willie Fred was educated in the Terrell County Public Schools System. Early on, he was employed by Stevens Industries located in Dawson, Georgia. He later moved to Boston, Massachusetts where he was employed for 27 years with the Veterans Administration (VA) Hospital. Willie Fred was a gentle giant with a generous heart who loved his family and friends. He loved to cook and particularly held a special passion on “The Grill”.

With family by his side, Willie Fred left his earthly tent for his heavenly home on March 22, 2022. He was preceded in death by both parents and a loving bonus mother, Mrs. Frankie Mae Jesse Jackson, a son Willie Jackson Jr, two brothers, Calvin (Sonny) Jackson and Clint (CJ) Jackson, and three sisters Geneva Bell, Irene Jackson, and Annie Clara Jesse.

He leaves to cherish his precious memories with his children Charlene Grier (Horace), Alicea Guest, both of Albany, Georgia; Lonnie Jackson (Meghan) of Holyoke, Massachusetts; Additional children raised as his own are Septia Coleman (Ronnie); Marcus Guest (Tina) both of Springfield, Massachusetts; and Cornell Guest of Albany, Georgia; Three beautiful sisters who he adored, Lillie Pearl Lumpkin Dawson of Georgia, Otha Jackson of Columbus, Georgia and Dora Bell Johnson of Morrow, Georgia; one bonus brother Haron Jesse (Ruby) of Jacksonville, Florida; thirteen grandchildren, seven great-grandchildren and a host of nieces, nephews, relatives, and friends that will miss him dearly. A special thank you to his caregivers Lisa King (CNA) and Gianna Crouse (CNA).

To order memorial trees or send flowers to the family in memory of Willie Fred Jackson, please visit our flower store.